Speaking about what it takes to be successful, Sadhguru explains that success comes when an individual functions at his full potential, which is possible only when the dimension of inner wellbeing is explored. Sadhguru looks at how every aspect of Indian culture was crafted, and powerful technologies were created, to evolve a human being to the Ultimate possibility.

Questioner: Sir, I’m a skeptic. Sir, you… you talked about this fact that we should enhance our competence. So how do you start this process?

Sadhguru: IIT is a beginning. So… what are you skeptical about? You don’t believe competence will work in this world, is it? Corruption is also a certain kind of competence, anyway.

Questioner: That was supposed to be a joke.

Sadhguru: Okay, that’s supposed to be a joke. So, now, ‘How do I enhance my competence?’ See, let’s say you want to run on the field, let’s say you want to run a race, you want to run one hundred meters. It is not running that you have to work on right now, you have to work on your legs and lungs and muscle and everything. Isn’t it so? So if you want to become a great engineer, yes, definitely an institute like this is crucial on one level, but any number of people might have come here and gone, not all of them became great engineers. Though they might have produced hundreds of great engineers, still not all of them will become, simply because of their own individual attitudes and competence and whatever else, isn’t it?

So whatever the institute can do for you, it is doing. One foremost thing that you need to do is to enhance your own physical and mental capabilities, because if you want to be a good engineer you have a… you need a working brain. Just having a degree of engineering can… may be a passport to a job, but it is not a passport to success, isn’t it? So to have a working brain, which the engineering degree will not freeze… Usually lots of degrees, when people acquire degrees they freeze their brains; they think they can… now they are finished using it and now they can rest it for the rest of their lives; it is not so. This is only to enhance your capability. This is just an organized effort. A school, a college, an institute is just an organized effort towards that, because each individual cannot craft it for himself, that is why an institution; otherwise an institution has no other purpose, it is here to just organize that possibility of you striving to be of a certain competence – but that is a mass application.

But as an individual, your most important thing is you as a human being, you are functioning at the fullest level. If that has to happen, there are other dimensions which one needs to explore. Unfortunately though these sciences and technologies for inner well-being have been the mainstay of this culture for thousands of years, today we are largely losing it for various reasons because we want to imitate somebody else, we don’t want to imitate our grandfather Topiwala anymore, we want to imitate the hat seller from another country; because of that we are losing those things, but we should not. We have to bring it back into our lives, this is very much a part of the way the culture itself is structured, that it is all about the human being. See, this is the only culture which talks about – which even a illiterate person in this culture is aware of – that you can actually evolve to another dimension of existence. Even if I go into a village and talk to an illiterate peasant, who has not read anything, who doesn’t know anything, who has not heard any of this stuff, even to him if I go he will not ask me ,‘Give me a golden horse’ or something, he’ll say, ‘Mukti venum Swami.’ He’s saying he wants Ultimate liberation. Where did this fellow get this?..

Yogi, mystic and visionary, Sadhguru is a spiritual master with a difference. An arresting blend of profundity and pragmatism, his life and work serves as a reminder that yoga is a contemporary science, vitally relevant to our times.

How to be successful in career? | Tips to follow for a great career 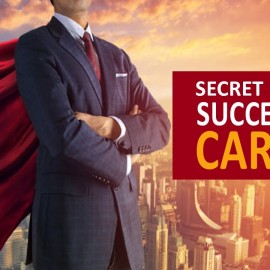 How to be successful in career? | Tips to follow for a great...

Having a successful career will offer you a lot of benefits and real profitable opportunities. As we live in a world governed by social status and money, working your way up to the top will definitely improve your quality of life. There are many poss...

How to be successful in career? | Tips to follow for a great...
Sunaina Hot Yoga || desi romance || Hot Yoga || Morning exer... 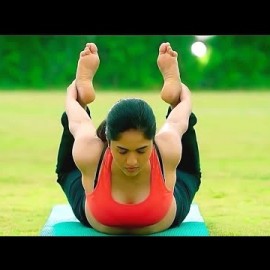